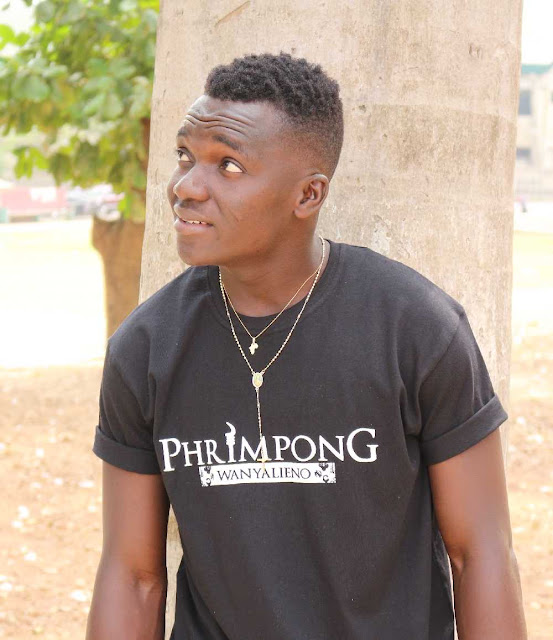 With my interest as an entertainment and showbiz lover, I’ve had the opportunity most times to preview songs before their release but I was late to the party for “Think by Phrimpong featuring Ryan Korsah” and instantly the lyrics of the song dawn on me, an experience I can’t put words to.
The next step was to know who Phrimpong was and what inspires his lyricism after going through his catalogue of songs; Religion, Africa, Vote for Peace etc.
Born Derrick Frimpong Manso was uncovered in 2007 at Tweneboah Koduah High School after taking part in several rap battles both inter and intra schools. In 2009 he joined the ‘Freestyle Saturday’ rap show that was organised by Solid FM in Kumasi and placed 3rd out of over 400 rappers. Same show that produced great talents including Strongman, Ratty Ghana, Willy Maame etc.
In his insatiable quest to free people out of their plights, he saw the need to address the shortcoming of his religion, Christianity and addressed them in a 3 minute video titled Religion that spoke against pastors using God’s name to dupe the congregation of their hard earned income.
As a pan-African from childhood, he pride himself in his continent by releasing a song called Africa which he featured Skulboy, a local artiste from the Northern part of Ghana. The song speaks true to the wealth and worth of Africa debunking the myths and wrong perceptions. In addition he composed an evergreen peace song ‘Vote For Peace’ to sensitize the Ghanaian at heart on the need for peace before, during and after the 2016 presidential and pariamentary election.
It’s obvious to note at this moment his lyrics are inspired by the daily happenings in society and his effort to address them earned him the title ‘the conscious rapper’.
Phrimpong who goes by the catchy tagline ‘Wanya Lie No’ currently has an 18 track album “The School” which features other Ghanaian artist including Flowking Stone, Kontihene, Kojo Cue, Shatta Rako, Cabum, Ryan Korsah and more, available on iTunes, Spotify and other digital online music stores.
The conscious rapper is at the moment working on a single he titles “Diamonds” which talks about skin bleaching and it effects.
previous post

Whenever you think about disrespecting a woman, think about how you were born into this world. – BBNaija Omashola