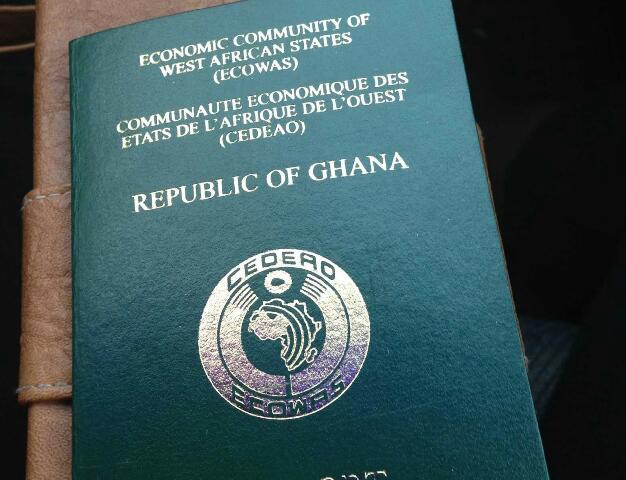 It became the biggest and best news for the Ghanaian at heart, ending the year 2016 since most felt acquiring or renewing a passport was just a click away and the activities of the renowned gorro boys had come to a halt. Well my experience with the new online system I wished had the exaggerated best.
I purchased an e-voucher for expedite forms at GHC 100, filled appropriately but took me close to two weeks to book an appointment because I’m in Kumasi but the only PAC – Passport Application Centre available in the drop-down list was Accra, something I couldn’t understand but an email of inquiry sent wasn’t replied till date. Finally chanced on a contact number and it enlightened, Accra was the only PAC for online applicants but plans are advanced to get on-board the regions.
Booked an appointment and made the trip to Accra the dawn of Thursday, 23-12-16 since I needed to return for lectures same day. On arrival, I saw a long queue almost dumping my spirit initially and gave me a notion to write a story about my intending experience but upon enquiry I was giving direction to join a short queue of prioritised online applicants. To be fair I spent a less of 20minutes going into the comfortably arranged air-conditioned room with 3 verification officers and fast forward to the biometric and picture taking room where I was handed over my collection slip dated for 22/02/17. For ones, a great sigh of relief and this made me a proud Ghanaian as I believed the system is successfully on a mission for change.
As a time conscious person, I set off on the dawn of Tuesday, 22/02/17 for collection as written on slip. Got down safely and joined the multitudes gathered under a canopy and ready to collect their passports. A close observation from a distance, I saw collection booth for online applicants and same for manual submissions and I wondered why we were gathered whiles we knew where to go to be sorted.
A gentleman with a very bossy attitude, Francis came to the hopeful passport collectors and took collection slips to ascertain if our passport are indeed ready (I thought, what the hell does that mean to an online applicant if same date had boldly been written by processing officers). To my surprise, my passport wasn’t ready for collection after spending 3 hours joining a queue of hopefuls and I was told to come back in two weeks to one month.
Had no option than to start my journey back to Kumasi for a late evening lecture but in my fury something struck and I made a call to the numbers provided on their website (Head Office) to report my grievance, I was told to come to the Ridge office the coming Friday, 24th February, for collection but I didn’t believe it and even if I did my options were limited since I had an exam on the same Friday.
A month later (23rd March) was here, to be sure not to waste time and money, I pushed a call through their feedback numbers and it was confirmed my passport was now ready for collection on 24th. Got to Accra on the night of 23rd and set off to the Kinbu PAC in excitement, joined the queue for 4 hours only to be told by same Francis, my passport has been printed but they (the staff) aren’t serving passports to anyone after 2pm so I should return on Monday, a nonsense I couldn’t comprehend. Moved towards the online applicant booth for further enquiry but a gorro boy sacked me, WTF!
Had to place a call again to the HQ at Ridge to register my displeasure and gladly they pushed me through the Director of online department at Kinbu, Elikem, to inform him on the situation. He took my slip, logged into the database and informed a subordinate to get me my passport since it was printed and ready for collection but the feedback “the passport hasn’t been delivered to them” was another approaching Nightmare with the clock reading 20minutes to closing the days activity.
As frustrated as one could be, I placed another phone call to the Ridge Office who had earlier confidently informed me to go to my processing centre (Kinbu) for my passport to report on the hell I’ve been through for the second time not because I hoped they would effect a change in the system but for the improved customer services I had experienced before.
The attendant took my transaction ID and asked me to report to the Ridge office before 3pm and per time check I had just 10minutes to do that. Picked a commercial motorbike got the destination but the security won’t allow me entrance for five (5) minutes after hearing my purpose of visit, for whatever reason I can’t tell.
Finally entered and within 3 minutes of standing in a scorching sun, my passport was handed over to me after offering my collection slip, a great relief that was.
It took me 3-months and an overstretched  expenditure to get an expedite Ghanaian Passport which was supposed to take 3 working days for completion, same finances and even better stress levels if I had gone through the gorro boys system.
Until the system gets better, the choice is yours.