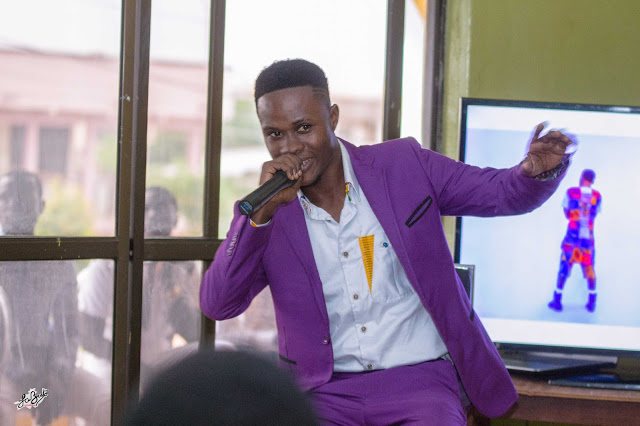 In the history of Kumasi Music, unity has always been a great deal artists worry about. They seem to think unifying all artists in Kumasi could heal the big wound in the industry. But as far as my 15years of music experience is concerned, that is a big NO for me (but that will be discussed/talked about in a new post).

On Sunday 3rd of September, 2017, Kwame Baah, one of the most promising rising artist from Kumasi, also one of the most hard-working artists striving to break the underground into the main stream of Ghanaian music, brought the whole Kumasi music movers and artists under one roof as he launched an album signing.  “EVERYTHING IS POSSIBLE” was the title Kwame Baah gave to this album and according to him, this Four genre album was inspired by her daughter and every lyric came to him after he had heard his producer play the beats.

Talking about the launch/album signing, the Legacy Empire team did an amazing job in the organisation of this gracing event for Kwame Baah. THIS IS THE FIRST EVER ALBUM SIGNING OF ANY ARTISTE FROM ASHANTI REGION.
And as I said, almost every dignity in Kumasi music was present at this event; the likes of Mr. Bones (Kessben Media), N.Y Dj (Y.fm), Ike Frimpong (Sky fm), KooSebor (Y.fm), are just few of the radio personalities I spotted at this event. Also, the GHBlogger BabyBash of Strong Empire, Azee of Mic Burnerz, Sedem of Y.B Cliq and DzeBoss of B.K.C were also gracing the day at the launch. Portfolio and some other bloggers were also spotted with their notepads jotting whatever was happening around, and SarBoat wouldn’t let the cameras rest.

It was an amazing experience seeing how various artists like Amerado, Leftizle, Kofi Jamar, Icebox, BossBouncy, Slim Biggie and Killerz Vypa show up with their team mates to support a brother on this day. Also, artists like Ben Brainy, Sika Pelli, Russel, Lil Fyve, Enzyme PB, Tutu, Obey, and a lot of fellow rising artists were there with their cliques just to make the day a successful one.  Talking about endorsements, Kumasi’s very own Flowking Stone, along with other interesting high profile artists endorsed this signing, giving amazing comments and motivational advices for such a giant initiative made by this fast arising artist; Kwame Baah.

With Azee and Mr. Bones as the headliners/chairmen for this great event, the show begun positively. The event started with a red carpet, a two-way religious opening prayer, introduction of dignitaries, a listening session, videos session, a couple of performances and finally the album signing. And oh, yes, item 13 was made available; some were served with heavy foods behind closed doors and others were served with just drinks. But in all, every individual present was served.
To my conclusion, I think Kumasi artists should follow the giant footsteps Kwame Baah has created. It would serve as a very big opportunity for them to make something out of the arts. Congrats Kwame Baah, history was made!

Amazing! Dhat Gyal mashes up ‘My Own’ and ‘Sponsor’

“When a woman is not willing to exchange sex for money, she will definitely go hungry” – Akuapem Poloo

‘You want girls to give you free pussy to chop, then you too give them free money to chop’ – Efia Odo to guys