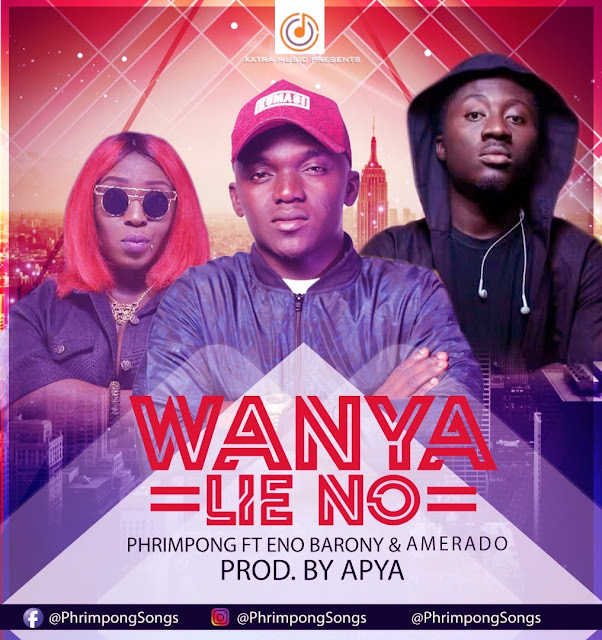 Phrimpong had hinted, after releasing many rap songs realised his fan base do not only wish to hear thought provoking lyrics but also to dance and have fun, prompting the release of “What about U” featuring Flowking Stone and now “Wanya Lie No”.
The tag line of the artiste “Wanya Lie No” as known, affirms or queries an obvious statement and in the song the three proficient rappers; Phrimpong, Eno Barony and Amerado sought to make meaning around it on a beautiful Afrobeat rhythm in an excellent entertaining bars.
DOWNLOAD SONG
Video directed by Chris Asante was shot on location in Kumasi and have Flowking Stone, Cabum, Strongman, Epixode, Teephlow and many others in cameo singing the catchy hook.
Watch video below.

Up Next: Tee Rhyme enlists Cabum and Yaa Pono for ‘Bentua’