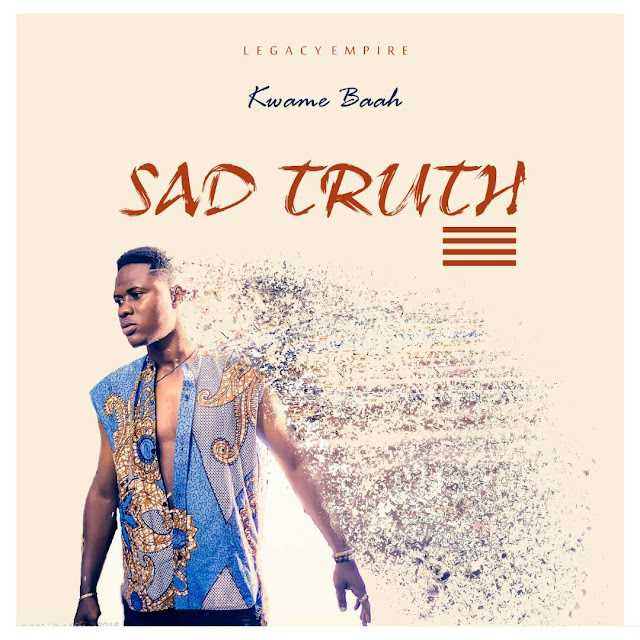 One of Ghana’s most promising versatile artiste; Kwame Baah out with Sad Truth 4 produced by the Legacy Empire in-house producer; Jay Scratch and video directed by Jmkad

Kwame Baah started the ‘Sad Truth’ series few months ago and as a real Rap artiste, he discussed issues in the music scene, the society and the government. The Hip-Hop culture encourages freedom of speech whether it’s an opinion or represents a group of people or society.

Kwame Baah has proved his lyrical dexterity and versatility in many ways and he’s not stopping even though those who are supposed to applaud his braveness are rather trying to tame him.

In ‘Sad Truth 4’, Kwame Baah went all fearless once again in his flows and as usual, expressed how he feels… In the song, he said some people are trying to predict his career in the future and put in negativity because he refused to get tamed by them.

People treat you like they own your life or gave birth to you and almost everyone expect you to recognise and respect their LITTLE influential position and have no choice than to “Yes” to whatever they suggest. I know this sounds weird but that is a Ghanaian with LITTLE power.