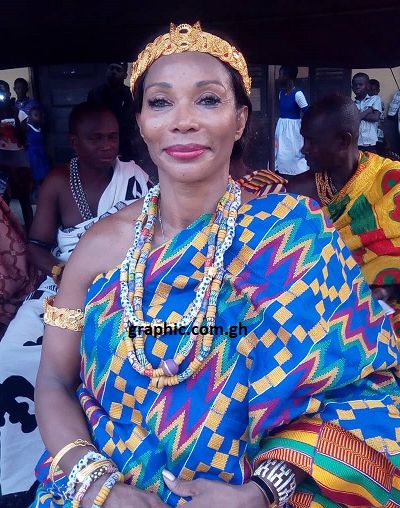 A philanthropist and former appointee of President Barack Obama to the President’s Advisory Committee on Arts at the Kennedy Centre, Ms Lorna Mae Johnson has been enstooled development queen of Twifo Traditional area in the Central region of Ghana.

Ms Johnson was enstooled with the name Nana Ama Boafoah I.

The difference between Yaa Pono & Sarkodie is branding

Donald Trump finally wears a mask in public for the first time since the start of the coronavirus pandemic.