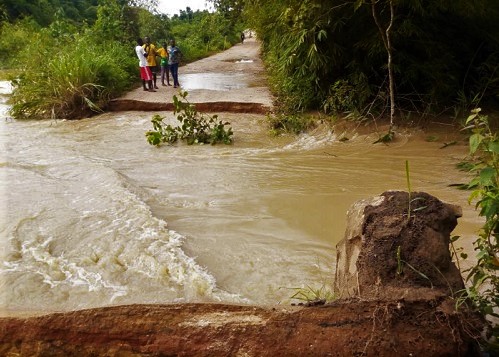 The bridge will replace a 79-year-old concrete bridge which was destroyed after the river overflowed its banks, following a downpour on September 14, last year.

Interconnectivity among communities such as Ochisoa, Fosuansa, Jamra, Kokoso, Benin,…

Residents shop for Power, LPG as Lockdown rolls in

‘Be nicer to people you may need more than others, that’s the simple key to life’ – Meek Mill

Berla Mundi is going to Benin

Former employer of popular body builder, Lionel Appiah Budu says he did not die from COVID-19