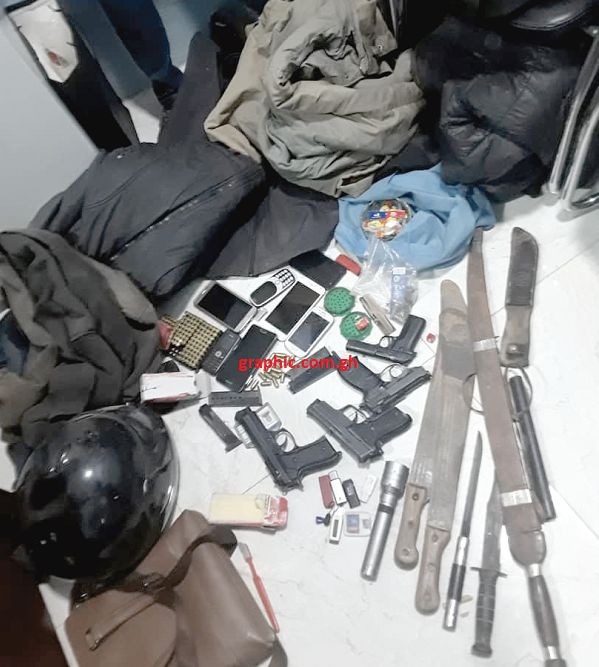 A man described by the police as a notorious robber and land guard who terrorises land owners, potential land owners and residents of Abokobi and its environs has been arrested.

One of his accomplices, described by the police as the paymaster or financier, has also been arrested.

Solomon Odei, 31, also known as Sulamani Dajuma or Innocent, is alleged to be behind a spate of armed robberies in…

Achievements silence sceptics; other vows will be kept – Prez Akufo-Addo

Ghanaian Nurse, Makafui Amenyaglo, needs financial help for surgery or else she may die soon

OV’s music career on hold after parting ways with Stonebwoy. Is she planning a surprise?