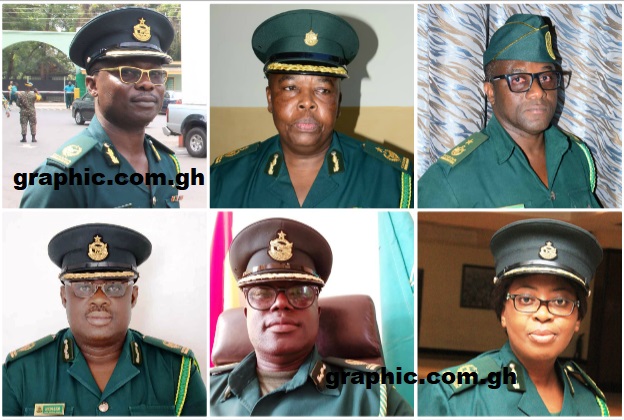 A massive shake-up in the Ghana Immigration Service (GIS) has seen the rotation of six top officers and holders of 53 other senior-level positions.

The reshuffle, which took immediate effect, formed part of measures to reinforce GIS’s capacity to secure the borders against illegal entry and prevent the importation of the coronavirus disease (COVID-19) into the country.

A statement signed by the Head of Public Affairs of the GIS, Supt. Michael Amoako-Atta, said the shake-up had affected officers at the national headquarters, regional and sector Commands.

The GIS explained that the shake-up was not as a result of lapses in the setup but they were to reinforce gains they had made in intercepting illegal migrants and goods since the lock-down.

“This is a strategic realignment of key sectors. There are experienced border personnel and almost all of them have been reassigned to border commands to firm up the managerial competencies for managing the borders,”

It said 22 officers in the rank of Superintendent of Immigration (SI) have also been transferred to serve at the Districts Commands, minor entry points as well as permits and processing sections at national headquarters.

The statement said seven of the Sis were reassigned to the Operations Departments at the national headquarters.