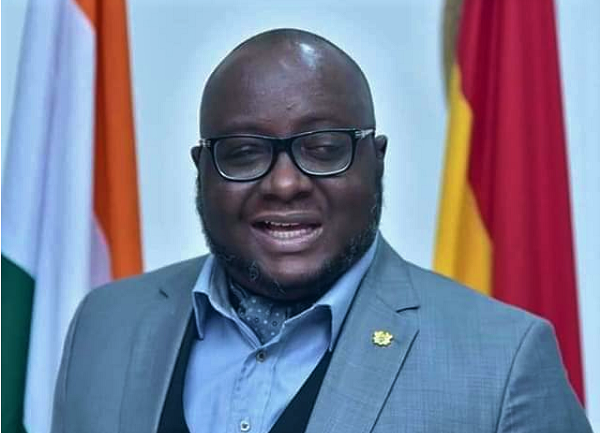 “We must all make the great elephant proud by ensuring that there is no violence at any of the centres. We must also be vigilant to avoid cheating at any time because we have an image to protect”, he said.

Dr Oquaye, who is also Ghana’s High Commissioner to India gave the advice in an interview with Graphiconline on June19, as he discussed his vision for the constituency and preparations so far ahead of the competitive primaries to determine who stands on the party’s ticket in the general election.

He said it behooves the delegates to also ensure that they voted the right people who can survive the general elections to help the party maintain its overwhelming majority in Parliament while maintaining the reins of power.

Many eyes will be on the Dome Kwabenya constituency because of the stature of two stalwarts in the party who are contesting the elections to annex the ticket to represent the party come December.

Although highly favoured to annex the slot, Dr Oquaye will face off with the incumbent Member of Parliament for the area, Ms Adjoa Sarfo who is also the Deputy Majority Leader in Parliament and Minister of Procurement.

Speaking with a lot of confidence, the High Commissioner to India said it is the responsibility of the candidates to help the authorities to have a free and fair elections that befits the status of the party.

“Losing candidates should be magnanimous in defeat and pledge to support the winning candidates in their quest to make the party proud at the end of the day.

Defeat is painful but we must know that the party, the elephant, is bigger than us all and, therefore, we must conduct ourselves well to protect our image both locally and internationally”.

Vision for the constituency

On his reason to contest the seat, Dr Oquaye said the party within the constituency had lost steam and the confidence of the executives of the party were fast waning.

According to him, it was based on these and many others that the delegates and members of the executives confronted him to help salvage the situation to prevent further division, acrimony and bitter squabbles that could break ranks and give room for surprises in the general election.

“We cannot lose this seat to the opposition and therefore, we must be careful to have somebody who is a unifier to bring the people together to retain the seat”, he said.

He said when elected, he will constitute a Constituency Policy Formulation Conference to gather views from all relevant persons and groups such as constituency officers, polling station executives, physically challenged, council of elders, artisans and traders including market women, out which a framework with guide the vision of the new MP for the constituency will be crafted.

“I will pursue unity among the rank and file of the party and all factions and diverse groups because I strongly believe in the mantra of United we stand and divided we fall”.

Dr Oquaye who has also been touted as one of the country’s finest High Commissioners to India said when elected, he will work to promote the interest of all members and polling station executives of the party at all times because they form the base of the party and should be well empowered to deliver to the best of their ability.

He said the present situation where the incumbent runs the party structure without the involvement of the executives and the grassroots members was dangerous for the party because the of the bitterness those who help to get the party win power habour “yet they are relegated to the background in favour of cronies”.

On his traits, Dr Oquaye said he has always been highly accessible and a good listener and that will not change just because he is elected as an MP.

“The party people here know that because, it started with my father and will continue because we respect and value our great party”, he said.

He pledged to work with the party structures at all times and resource them to deliver more effectively; accord the highest respect to all officers and members of the party irrespective of their status and also operate an open door policy.

Dr Oquaye said he will also endeavor to promote the wellbeing of officers and members through equitable distribution of employment opportunities and resources; empower women, nurture the party in the constituency; provide a health post and a fire service station for the people.

“I will also ensure a functional scholarship scheme that will be of benefit to the people using my past experiences to cater for the needy but brilliant people”, he said.

Dr Oquaye was confident of a resounding victory this time around saying history will not repeat itself because the “Battle is the Lord’s”.

“I expect my competitor to show the same magnanimity as I did for her when I was first defeated because this is my time and I will require her to do same in the bigger interest of our party”.

Kweku Baako: I’m happy my integrity has been vindicated in court against Ken Agyapong