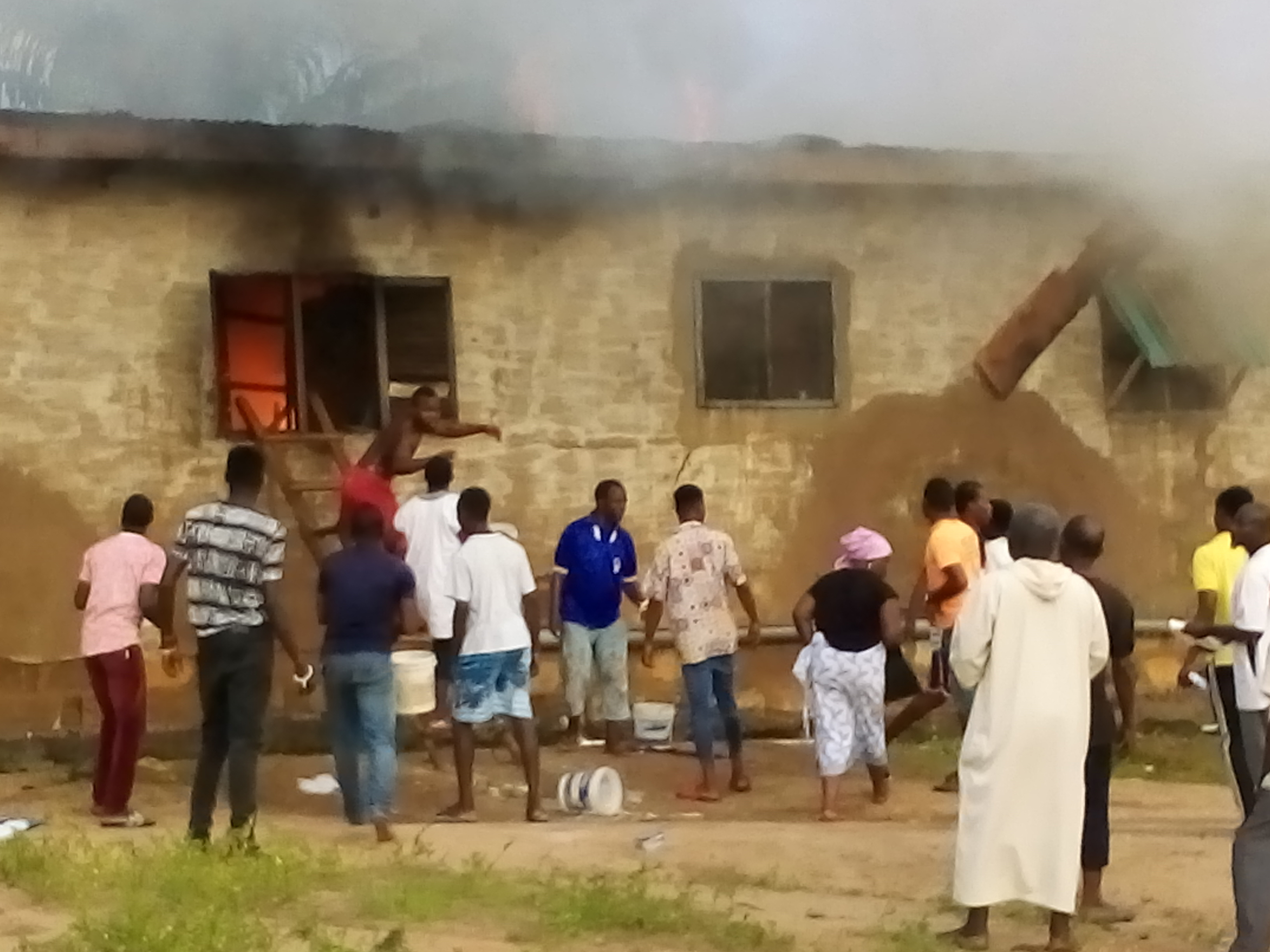 A house at Koforidua Zongo in the New Juaben South Municipality in the Eastern Region was on Sunday destroyed by fire, rendering four families homeless.

The fire, which started around 5:30 pm destroyed personal belongings of the families.

The cause of the fire is yet to be ascertained.

One of the victims who is also the landlord, Alhaji Basiru Inusah told Graphic Online that he was not around when the fire started.

“I was not at home but when I was called I quickly rushed to the house and saw smoke on top of the building. Initially I thought it was just one room burning but when I got closer,

“I realised it was coming out from my own house, then I started shouting on top of my voice for help”, he said.

According to him, a 75-year-old woman, Bushira Inusah was in the room when the fire started but with the timely intervention of the community members, she was rescued.

Ghana apologises to Nigeria over demolition of structure in Accra