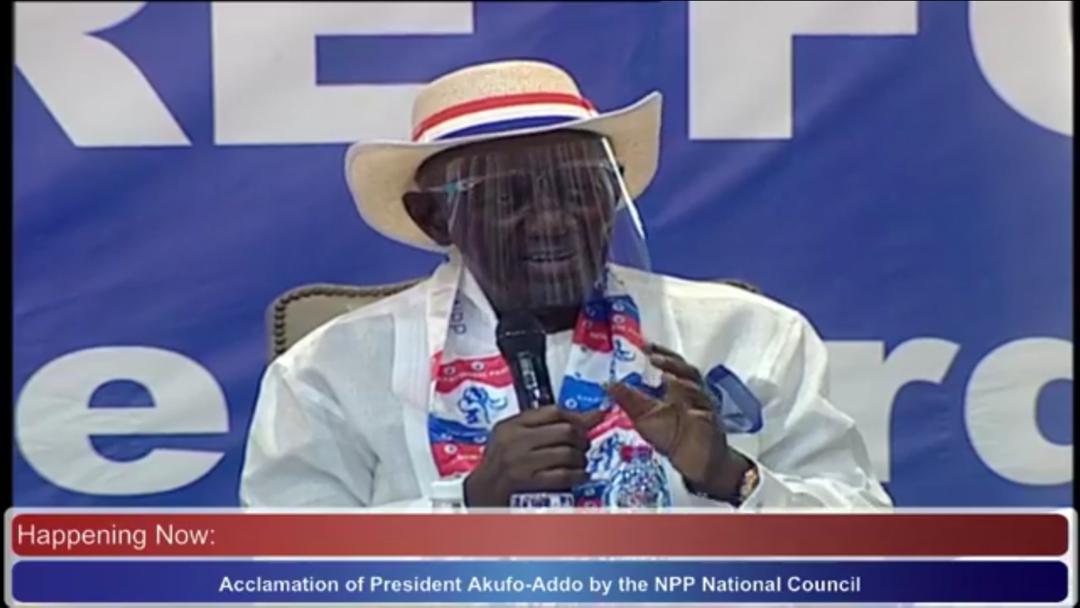 According to him, “the hallmark of our president [Akufo-Addo] and his vice [Bawumia], truly is beautifully articulated leadership.”

He expressed the hope that the electorate will give him the “mandate again to continue with the work that he started so ably.”

We thought they were promising too much in 4 years – Kufuor

Mr Kufuor in furthering his applause said “they [Akufo-Addo-Bawumia] articulate the vision of our [NPP] tradition so ably and so down to earth in a way that the grassroots appreciates as well as the high browed.”

He noted that it was very difficult for political leadership to combine such vision and articulation as the two of them do.

“Their relationship tends to be like the well-known catholic marriage, a marriage that lasts into decades, they come to be like family.

We just heard the Vice President, the way he summarized the philosophy, the vision for sustainable inclusive development that our nation aspires for, inclusive, social interventions.

People ask whether this party [NPP] is leftist or socialist, we are not, but I tell you, we respect capitalism with conscience.”

“Capitalism that is human and this is why we fixed the safety nets below which we do not allow any human to fall under and that is what the leadership we have today.

“President Akufo-Addo, Vice President Mahamudu Bawumia, this is what the two of them articulate so competently and I believe within just a short period of three and half years, they’ve shown this vision, they’ve displayed strategy.”

“Initially, even some of us thought that they [Akufo-Addo and Bawumia] were promising too much for a four-year term of office but within three and half years, see what they have already achieved,” Mr Kufuor said.

“I wouldn’t say we are perfect, no, I don’t believe perfection in humanity, I don’t subscribe to that but even as I admit we are not perfect, I tell you, we have greats…, ’’

“In human affairs, any leader that can achieve something like 70, 80 percent is almost like a saint and this leadership [Akufo-Addo and Bawumia] really is working towards realizing very high degree of success for political leadership and this is why I believe in the coming election, and I pray God will give us life and God will also touch the hearts of Ghanaians across the board, so as we march towards the December election, Ghanaians will not allow pettiness to divert us from the vision, the course,” he added.

He said “if you bring in too much leftist ideology you won’t attract investment and if the investment does not come, whether industrialization or in agriculture or in services, I tell you, there will be no job creation and we have got a teeming youth, we must inspire them with hope, with vision.

“This leadership [Akufo-Addo-Bawumia] doesn’t talk, it does the work and I believe this is why Ghana should give NPP [another term in office], … I always say our party is destined to lead in the transformation of the country and the party keeps giving the leadership that will do the work for Ghana and this is a typical example,” he said.

Adding, he noted, “And even with COVID-19, if you listen and see and then as the Vice President just said, go to the Statistical Department, check the figures, you will be surprised with the achievement being done and this is why I’m so happy to be here…, giving to old men to see their children, grandchildren rise and prosper the way this party is already displaying and I pray the good Lord will bless our current leadership to lead us into victory and the victory should be sustained, victory after victory after victory so we give Ghana the transformation all of us pray for.”