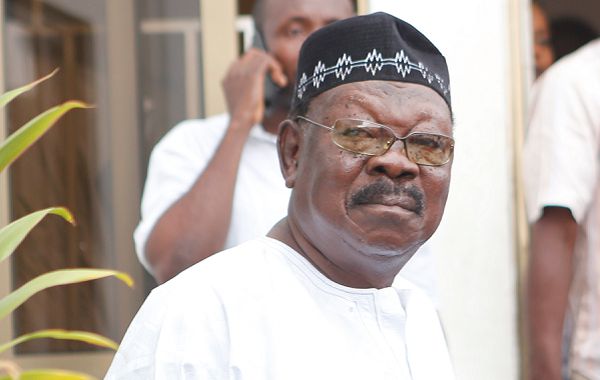 Prospective pilgrims have asked the Ghana Hajj Board to refund all the money paid to the board in connection with this year’s Hajj, since the pilgrimage will not be possible because of the prevailing novel coronavirus disease (COVID-19) pandemic.

About 2,500 prospective pilgrims are said to have paid about GH¢50 million to the board as fare for this year’s Hajj.

In April this year, the Kingdom of Saudi Arabia advised Muslims planning to take part in the 2020 Hajj to delay bookings due to the uncertainty over the COVID-19 pandemic.

However, before the announcement to restrict this year’s Hajj to only Muslims currently residing in Saudi Arabia, more than 2,500 people desirous of embarking on the pilgrimage from Ghana had already paid their money to the board through their respective agents.

The Hajj Board has, meanwhile, said it has commenced processes to refund the money to all pilgrims after a meeting with Hajj agents in Accra.

In a joint release signed by the Chairman of the board, Sheikh I.C. Quaye, and the Chairman of the Ghana Hajj Agents Association, Alhaji Issah Sulemana, the board confirmed that it had received requests from pilgrims for refund and gave an assurance that refunds would be made as soon as the board received payments it had made to some service providers in Saudi Arabia to “ensure that full refund for Ghanaian pilgrims who have paid their fees for Hajj 2020 is successfully concluded”.

It further pleaded with those who paid money to the board through the bank to cooperate with the management in its efforts.

In an interview, the Communications Director of the board, Dr Abubakar Ahmed Siddique, said some of the prospective pilgrims made payments as far back as February this year and confirmed that the board was in discussions with some service providers for a refund.

“We have received indications from the Saudi authorities that refunds will be processed by September 2020, which is after the completion of the local Hajj in Saudi Arabia. Respectfully we ask all persons who have directly or via Hajj agents paid money to the Hajj Board through the bank to cooperate with management as we work to successfully address their concerns,” he said.

He further explained that prior to the outbreak of the COVID-19 pandemic, the board had made payments for services such as accommodation, transportation and feeding in Saudi Arabia to ensure a smooth Hajj for Ghanaian pilgrims.

Sheikh Quaye’s administration is credited for reforming the organisation of Hajj since 2017, but pressure on the board for the refund of this year’s Hajj money appears to be a major challenge.

Asem exposed after lying that he attended private school in his diss song to Sarkodie. He attended Cyto