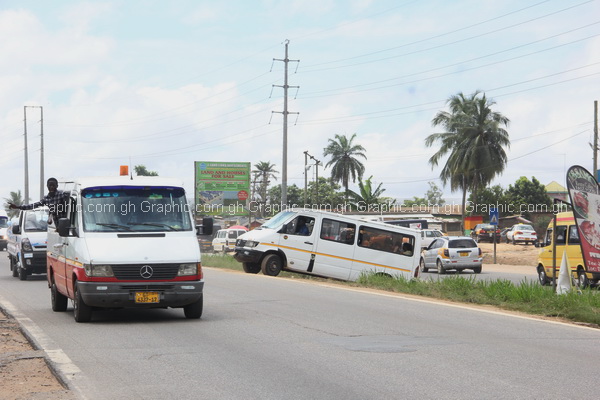 It follows an agreement between the government and transport operators in respect of the reduction of passengers in public transport in line with social distancing protocols.

The transport operators had proposed an increment of 50 percent with the explanation that they were making losses.

But following a meeting with the government on Tuesday, a 15 percent increment was approved.

The Deputy Minister of Transport, Nii Kwartei Titus Glover who led the government delegation at the meeting made this known in a radio interview with Accra based Asempa FM on Tuesday afternoon, July 7, 2020.

As part of the protocols to help prevent the spread of the coronavirus disease (COVID-19) public transports have been asked to reduce the number of passengers they take so as to be able to observe social distancing.

Following that, the transport operators argued that they were making losses and made a proposal to the government to be allowed to revert to carrying their usual full seating capacity or for the fares to be adjusted upwards by 50 percent.

The Deputy Minister of Transport explained in the radio interview that after considering both proposals, the government decided to approve the increment in transport fares by 15 percent.