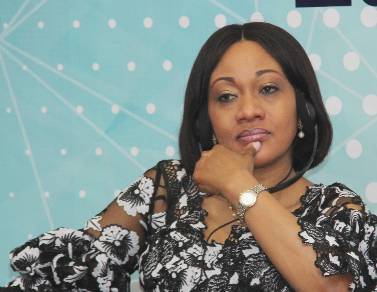 The Human Rights Division of the Accra High Court will on Thursday, July 16, 2020, decide whether or not to compel the Electoral Commission (EC) to release information concerning the Commission’s acquisition of a new Biometric Voter Management System (BVMS).

In March, this year, the National Democratic Congress (NDC) Member of Parliament (MP) for  Ashaiman, Mr Ernest Henry Norgbey, filed a  suit at the court after the EC refused to honour his request for information on the BVMS.

Among other reliefs, the legislator is seeking  a declaration that the “refusal, failure or neglect” of the EC to furnish him with the information on the BVMS was a violation of his right to information guaranteed by Article 21(1)(f) of the 1992 Constitution.

He further wants the court to enforce his rights under Article 21 (1) (f) of the 1992 Constitution by compelling the EC to furnish him with the information.

In December, last year, the EC announced its intention to acquire a new BVMS to replace the old voter management system.

According to the EC, there was the need for a new BVMS in order to further improve the efficiency, trust and credibility of the 2020 elections and the country’s  electoral process in the future.

Among the myriad of challenges with the old BVMS stated  by the commission were its unsustainable maintenance cost, inefficient data centre and frequent incidents of missing voter data.

On February 3, 2020, lawyers for Mr Norgbey  wrote to the EC requesting information on the procurement procedure used by the  commission to hire the services of two consultants who were instrumental in the EC’s purchase of a new BVMS.

Mr Norgbey wanted to know if indeed the EC had hired the consultants — Dr Ofori -Adjei, an  IT Consultant and Mr A. Akrofi, a procurement consultant.

Also, the MP wanted to find out that in the event the EC had hired the services of the two consultants, was the procurement of the services in tandem with the Public Procurement Act, 2003 (Act 663).

According to Mr Norgbey, his request was in accordance with his rights to information stipulated under Article 21 (1)(f) of the 1992 Constitution, which had been operationalised by the Right to Information Act, 2019 (Act 989).

In its response dated February 12, 2020 and signed by its lawyers, the EC said it could not release the said information to the MP.

According to the EC, inasmuch as it recognised the MP’s right to the information under the Constitution and Act 989, it could not honour the said request because Parliament was yet to fix the fees one had to pay in order to request for information under Act 989.

“As ready and willing as our client (EC) is to provide the information requested by your client, it is not immediately able to do so because the fees and charges applicable are yet to be determined in accordance with law,” lawyers for the EC said .

Following the EC’s response, Mr Norgbey marched to the High Court with the case that the action by the commission was a violation of his fundamental human rights to information.

He argued that even before the passage of the Right to Information Act, the court had allowed citizens of Ghana to access information from public institutions subject to reasonable fees.

In her affidavit in opposition, the Chairperson of the EC, Mrs Jean Mensa, urged the court to dismiss the case.

It was her contention that the EC had acted in compliance with Act 989 because under the  Right to Information Act, the requirement for requesting information included the payment of appropriate fees.