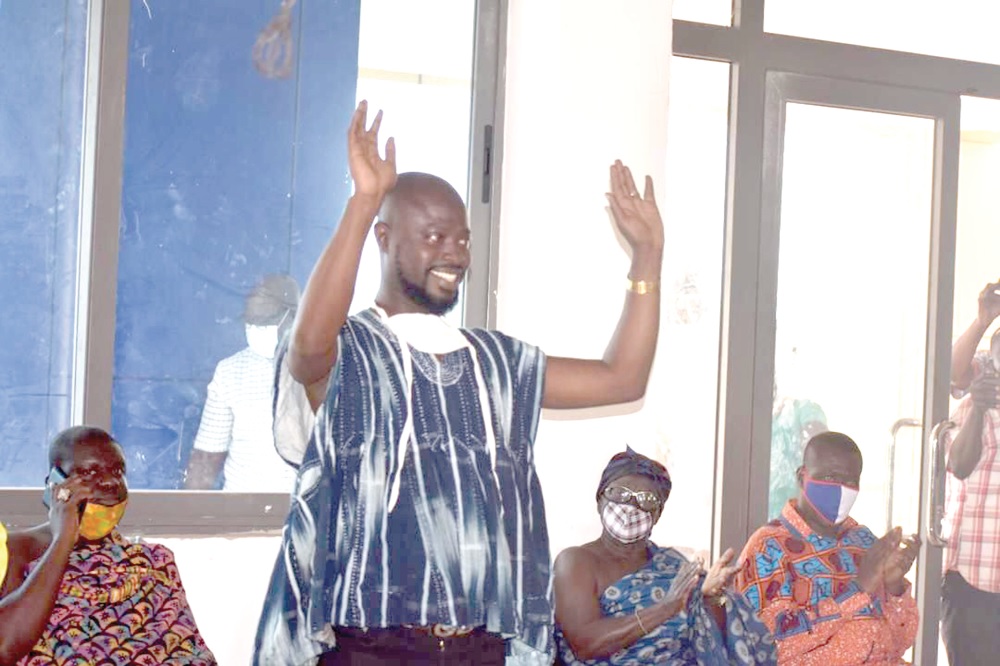 The Asokwa Municipal Assembly has finally elected a presiding member to chair its meetings after four unsuccessful attempts.

Mr Elliot Ofosu Barnor, who was the previous presiding member of the assembly, was this time unanimously endorsed by all the elected assembly members at its meeting last Wednesday.

At the close of nominations, Mr Barnor was the only candidate who filed to contest as the PM of the assembly and got 100 per cent votes of all the 18 members who were present at the meeting.

The assembly has 19 members made up of 12 elected assembly members and seven government appointees.

This is the fifth time the assembly has met to elect a PM since its inauguration in January this year.

The previous meetings ended in deadlock as none of the candidates was able to secure the two-thirds number of votes required to assume the position.

Mr Barnor, an Assembly Member for the Atonsu-Kuwait-Aprabo Electoral Area, was until last Wednesday not a member of the assembly as the district level election for his electoral area was put on hold due to a court case.

The election eventually came off on June 28, 2020 and he retained the seat as the assembly member for the area. He thus became eligible and filed to contest the position this time and got the overwhelming endorsement from his colleagues.

The assembly’s inability to elect a PM at its first two meetings led to the disqualification of the candidates who contested for the position.

However, one of the candidates who was disqualified, Mr Oscar Riches, the Assembly Member for Asokwa New Town, took the assembly and the Electoral Commission to court to stop them from conducting the election without his candidature.

He applied for a restraining order against the assembly and the EC from organising the election of the presiding member.

The court, presided over by Justice Frederick Tetteh, however, dismissed the application, thus paving the way for the assembly to hold a new meeting to elect a PM.

In his acceptance speech, the newly elected PM was grateful to his peers for the endorsement and pledged to work with the all of them for the development of the municipality.

Mr Barnor, popularly known as ‘Pulele’, called for the support of all and the traditional authorities within the municipality to rally behind the leadership of the municipal assembly to chart a new path for the area.

For his part, the Municipal Chief Executive (MCE), Mr Akwannuasa Gyimah, commended the assembly members for finally electing a PM which he said was an indication of their readiness to chart the development agenda of the municipality.

He also praised the Member of Parliament for the area, Ms Patricia Appiagyei, for the role she played in ensuring that the assembly got a PM.

He said the MP had used almost every opportunity she got to appeal to the assembly members to close their ranks and agreed on a common candidate to be elected as a presiding member to enable the assembly to function properly and work for the benefit of the people.