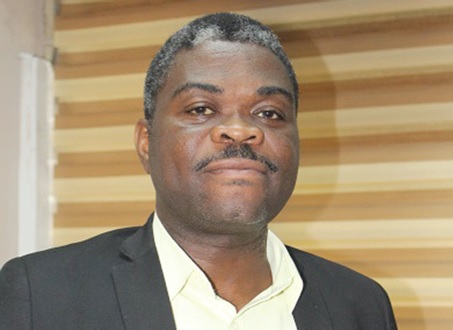 The Cyber Crime Unit of the Ghana Police Service has arrested the general managers of Accra-based free-to-air (FTA) television stations, AB TV and Amen TV, for promoting the activities of swindlers on their channels.

They were arrested in a special operation aimed at clamping down on persons behind advertisements on television stations who claim they have the ability to double money for their clients.

According to the Cyber Crime Unit of the Police Criminal Investigation Department (CID), the suspects would be charged and arraigned for promoting charlatanic advertisements “because these are adverts they knew at time of promoting that what the adverts purported to do was not true.”

The police said the action came after the increasing use of FTA television stations by persons who claim to be traditional priests or work through international money transmission services and were able to multiply money.

However, the suspected fraudsters end up duping unsuspecting people who either send money to the fraudsters through mobile money transfers or meet them personally at agreed locations to present the cash.

A number of the suspected fraudsters also use social media platforms such as Facebook as a means of reaching their victims.

Briefing Graphic Online in Accra Friday after the initial operation, the Director of the Cyber Crime Unit of the Criminal Investigation Department (CID), Assistant Commissioner of Police (ACP), Dr Gustav Herbert Yankson, said the Cyber Crime Unit had observed that there were many television stations promoting the services of such fraudsters, while the police had received numerous complaints against the fraud and extortions of the ‘money doublers’.

“A number of fraudsters have succeeded in duping their victims under the guise of doubling monies for them,” he stated.

He added that for the first phase of the operation, “we have started with the television stations which advertise or have programmes that promote the activities of these fraudsters who claim they can double money but end up duping people.”

Dr Yankson said the issue of people claiming to double money to make people rich overnight on television was becoming a growing concern and the operation was to stop it.

He explained that some of the advertisements persuaded people to send money to an advertised number after which they got 10 times the amount sent within five minutes through mobile money transfers.

“They claim they are able to hack into systems of some international money transfer services and multiply the money they receive from people. For example, they claim within five minutes, anyone who sends a minimum amount of GH¢100 will get CH¢1,000 in return and if they send GH¢200 they will get GH¢2,000 and it goes on and on,” Dr Yankson said.

He said the perpetrators also claimed they worked through international remittance service companies to send the money to the victims but “the victims end up waiting in vain only to realise they have been swindled and then they rush to the police.”

To convince viewers, he said, the advertisers included false testimonies of people who claim they had benefited from the money doubling prowess.

“Those testimonies are fake. It is just to deceive the public and unfortunately too many people fall victim,” he said.

The next phase of the operation, Dr Yankson explained, would target the persons who submit those advertisements to the television stations.

He said the two general managers would be put before court while the operation continued.

The Director of the Cyber Crime Unit appealed to the public who might have fallen victim to the activities of such fraudsters to assist the police in their investigations by providing information that would lead to the arrest of the persons behind the criminal act.